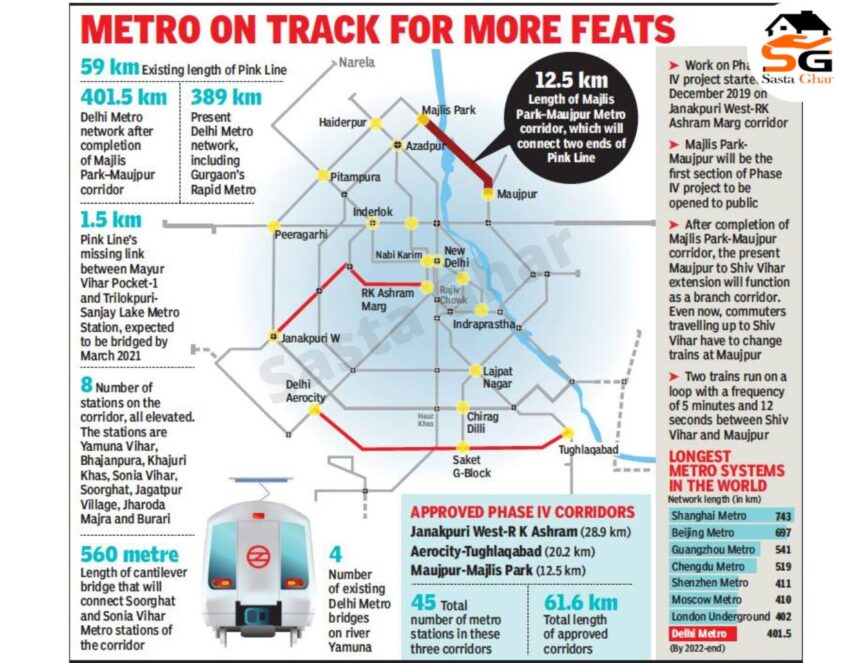 Delhi Metro Phase 4: Delhi metro project has been the center of attraction in terms of infrastructural connectivity and supremacy in India. Incessant efforts are made to add to the already established network, and Delhi Metro Phase 4 is the newest addition to this endeavor.

Delhi’s metro phase IV is designed to cover the emerging areas and housing locations in the National Capital Region (NCR). In 2019 March, three routes for this extension project were approved by the Government of India.

These routes extend from Tughlakabad to Aerocity, Maujpur to Mukundpur, and Janakpuri West to R.K. Ashram. The distance is approximately 61.679 km.

The route is expected to finish by December 2024 but may get delayed due to Covid-19 induced lockdown. This project covers three approved corridors, Maujpur to Majlis Park, Janakpuri West to RK Ashram, and Tughlakabad to Aerocity.

The three approved metro corridors will have 14 interchange points which will include 12 new interchange points. Every fourth metro station in phase 4 will become an interchange point. Thus, commuters will find it easy to change trains and reach their destinations quickly instead of taking longer routes.